A Touch of Hollywood 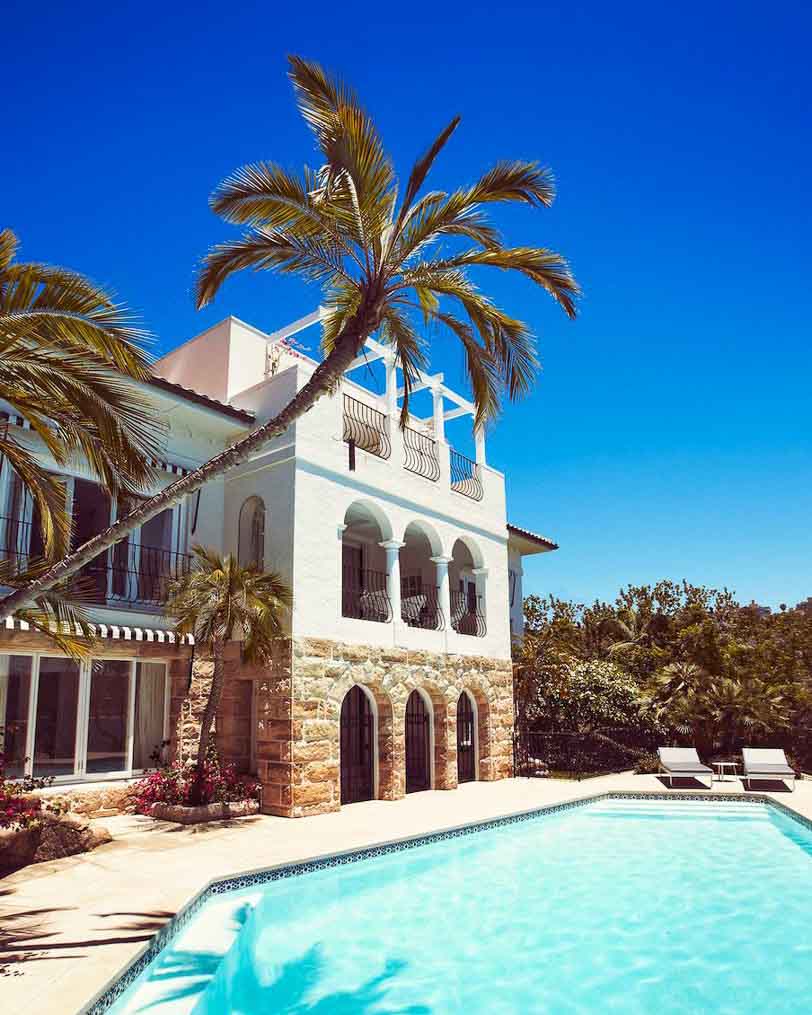 The owners had found an appreciation for this unique style while living in the US.  When they bought the heritage listed two-storey cottage in 2007 it had been somewhat compromised. The street frontage retained much of it original appeal but the original window frames facing the harbour had been replaced with aluminium.

The brief for the architect was to bring in more light and to create a better connection with the outdoors including the swimming pool area. Architect, Iain Halliday of BKH, recognised the beauty of the Spanish Mission aesthetic and valued a number of its original features, including its symmetry, the covered balcony overlooking the water and pocket doors.

Sadly, one of the problems with this particular style is the rooms are often small and don’t flow particularly well for contemporary living. Halliday’s response was to totally gut the building, leaving a solid masonry and sandstone shell.  Council allowed for an addition of just less than a metre to the roofline, which allowed BKH to install a parents retreat in the pitched roof. Half the basement was excavated to double the size of the lower level to create space for three bedrooms.  This area has been a small games room. The middle entry level hosts an open plan living area and study.

The arched loggia of the first floor has been replicated on the lower level and the openings on the northern side overlooking the pool have been enlarged with Juliet balconies and bi-folds. The Spanish theme is subtly reflected in the choice of tiles around the pool and new tiles on the loggia floor. 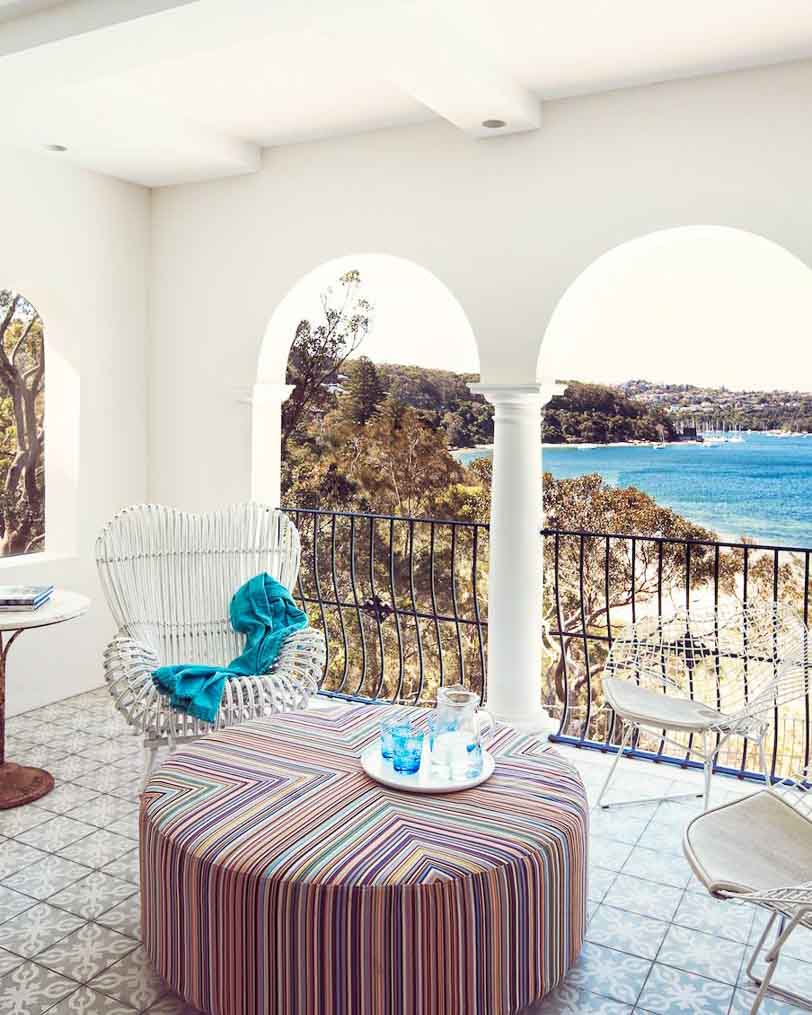 While incredibly glamourous this style is not easy to modernise in a sympathetic manner, and often important features get lost in the transformation.  While it is not easy to immediately determine what part is new and what is original, in this particular case this is certainly not a disadvantage, in fact we celebrate this successful and tasteful conversion.