Following a $5 million restoration, The Palisades Hotel in Millers Point, was purchased in 2015  by its current owner, entrepreneur Richard Sapsford. The building had been closed since 2008.     Named after the palisade fence built between Munn Street and Bettington Street, the Hotel has a very colourful past. The original hotel on the site, […] 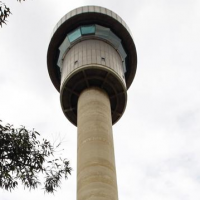 Sydney Harbour Control Tower at Barangaroo to be demolished

Saving our industrial heritage is difficult.  While don’t always agree with this view, we understand that the general public often consider these items to be eyesores.  Any decision to retain them as heritage items can become especially complicated when they are located in significant locations.  This week the NSW State Government has given approval for the Sydney Harbour Control Tower […]