Marion Mahony Griffin was born in 1871 in Chicago, USA. In 1894 she became the second woman to graduate from the Massachusetts Institute of Technology, and in 1897 became the first woman in the United States to register as an architect. From 1895 to 1909 she worked for Frank Lloyd Wright, eventually rising to the equivalent of ‘head designer.’

She is known for her design collaboration with three important male architects: Frank Lloyd Wright, Hermann von Holst, and Walter Burley Griffin, a necessity for any woman architect at the turn of the century. Despite the interior designs she did for Wright’s houses from 1895 and the ‘virtuoso drawings’ she executed for a monograph on Wright to be published in Berlin—thus promoting his international reputation—she remained his ‘collaborator’ only. When she took over Wright’s unfinished projects after he absconded to Europe in 1909, most of her architectural drawings were signed by Hermann von Holst (the head of the firm) with Marion merely recorded as the ‘associate’ architect. (Callaway 1995)

Marion Mahony married Walter Burley Griffin, a former employee of Wright’s, in Chicago on 29 June 1911. She was forty, he five years her junior; they had no children. Despite historian’s tendencies to treat the Griffin-Mahony marriage as a repetition of the Wright-Mahony relationship, Marion herself described the marriage as an ‘equitable partnership together’ with ‘each individual independent and responsible’. Yet although they worked together in a valuable symbiotic association, it was Walter who had the public profile. The winning design for the international competition for the proposed Australian federal capital, Canberra, in 1912 has always been known as Walter’s alone, despite the fact that Marion drew the perspective watercolours that were said to have influenced the judges in its favour. (Callaway 1995)

The Griffins moved to Australia in 1914.  Over the years the Griffins undertook many private architectural commissions. Walter’s brother-in-law Roy Lippincott, who worked as draughtsman for the Griffins, claimed that it was Marion who was responsible for the success of the Café Australia and the Melbourne Capitol Theatre (1922-24) projects. In addition to the ceiling of the Capitol Theatre, she is also attributed with the design of the symbolic tiles on the Pyrmont Incinerator (demolished 1992). (Callaway 1995)

In 1920 the Griffins set up a company to develop a residential estate in the Sydney suburb of Castlecrag, they settled there in 1925. Castlecrag is located on the shores of Middle Harbour. The estate was to be a self-contained community, with all houses designed by Walter to complement the natural landscape. Marion ran the Castlecrag office, supervised or prepared all drawings and led local cultural activities. Both were interested in Theosophy by this time; later they became interested in the theories of Rudolph Steiner.

After Walter went to India in 1935, Marion maintained the Sydney office with Walter’s young partner Eric Nicholls, until joining her husband in May 1936. After Walter died in 1937, she returned briefly to Castlecrag, but left for Chicago in 1938. She undertook two major community projects in New Hampshire and Texas and produced a design for South Chicago, none of which was ever completed. She also wrote a history of her professional life with her husband, ‘The Magic of America’, which was never published. She died in 1961. (Callaway 1995)

Despite her career spanning many decades, very few building designs can be definitively attributed to Mahony Griffin alone. Those that can be attributed include: her thesis project ‘The House and Studio of a Painter’ (1894), which James Weirick argues was used as the basis for Frank Lloyd Wright’s addition of a studio-atelier to his own home in 1898; [1] All Souls Church, Evanston Illinois (1902); a one-storey house for herself and her mother in Chicago’s Roger’s Park (1906); Adolph Mueller House in Decatur, Grand Rapids; and David Amberg House, CW Wills House and drawings for the unbuilt Henry Ford House (all between 1909–1912). (Hanna 2008) 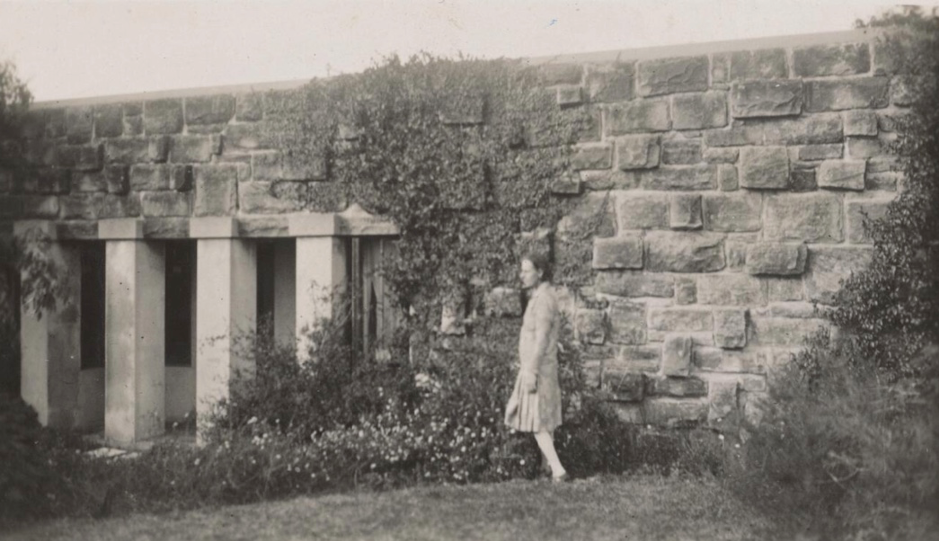 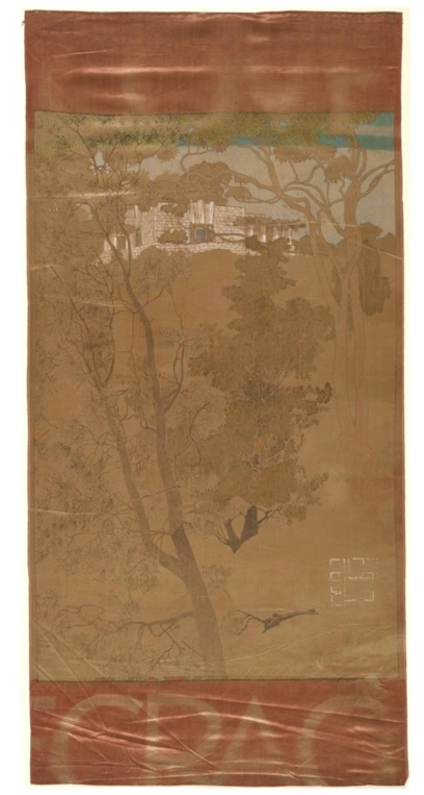