Walter Burley Griffin was born at Maywood, near Chicago, and graduated in Architecture from the University of Illinois, in 1899. In 1901 he became an associate of Frank Lloyd Wright. He started his own practice in 1906 and by 1910 he was recognised as a leading practitioner of the Prairie School of architecture. In 1911 he married Marion Lucy Mahony an architect who had also worked with Wright for several years.

In 1912, Griffin, with the assistance of watercolour drawings prepared by Mahony, won the international competition for the design of the Federal capital of Australia. The design was considered controversial. In 1913 Griffin, based in Melbourne at the time, was appointed Federal capital director of design and construction, a part-time position which he occupied until 1920. His extensive lakes scheme for Canberra was rejected, but by 1917 the survey of the main axial lines of the city was completed and Griffin produced his final plan in 1918. Much of the work carried out on the site occurred from the 1920s.

During this period Griffin designed the town plans for Leeton and Griffith in New South Wales and estates at Eaglemont in Melbourne. He also designed the Café Australia, Newman College Chapel and the Capitol Theatre in Melbourne. In 1920 he formed the Greater Sydney Development Association to build residential estates on the headlands of Middle Harbour.

The Griffins brought their Prairie School design style to the Sydney suburb of Castlecrag. Together they mapped out the winding roads that contour the rocky bush terrain and designed 15 low-slung homes built of local sandstone and later using a crushed sandstone finish patented as “knitlock”. Castlecrag began in 1921 and the Griffins moved there in 1924, but only a small number of houses were completed.

After 1929 their partnership with Eric Nicholls depended on commissions for the design of municipal incinerators. In 1935 the Griffins moved to Lucknow in India, where Walter died in 1937.

In the four decades of their architectural practice in three continents Marion Mahony and Walter Burley Griffin individually and in partnership after their marriage in 1911, reportedly embarked on over 350 architectural, landscape or urban design projects. 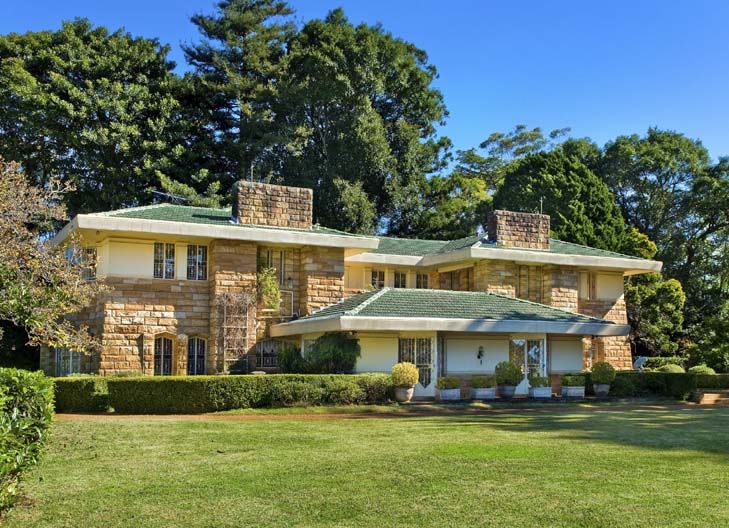 Coppins, located at 29 Telegraph Road Pymble, Sydney, is the largest Australian residence designed by Griffin.  It is also the last residential project Griffin undertook in this country before his departure for India in 1935. The plans were completed by his architectural associate, Eric Nicholls. (Source: Domain website, accessed 23/2/2020). 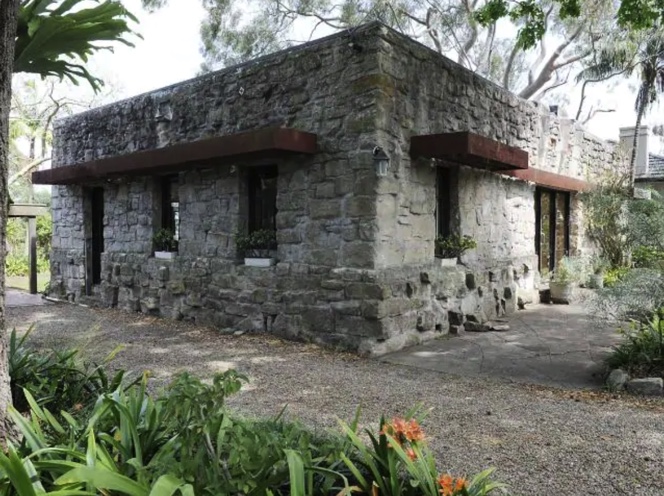 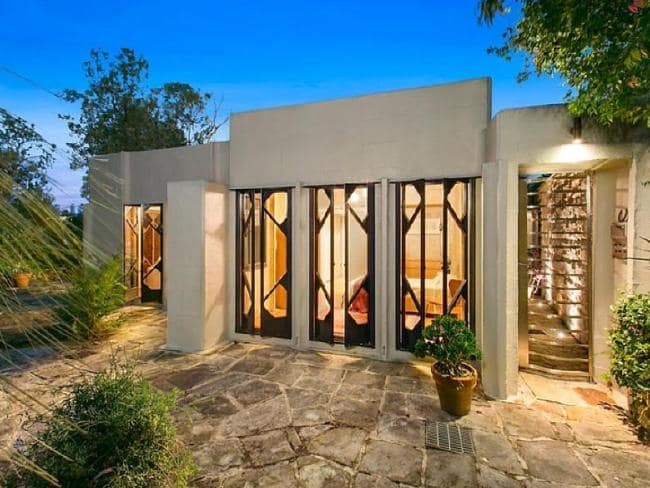 Creswick House at 4 The Barbette, which was built in 1926, is one of 13 remaining homes from the Burley Griffin estate in Castlecrag (Source: The Daily Telegraph November 24 2016)