Boutique Homes is a vacation home rental agency specialising in architectural gems around the globe. Included in their rental portfolio are magnificent examples of modern, urban, historical and mid-century modern homes on every continent, many by renowned architects. You can choose from a 15th century monastery in Corsica or a 1950s Palm Springs Mid-century modern – and anything in between. Boutique Homes are US based and have over 300 properties available for rent on their website www.boutique-homes.com. 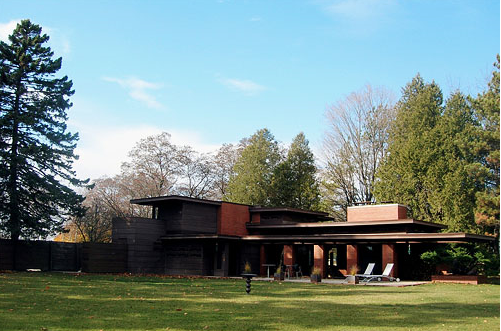 Here is a rare opportunity to stay in a Frank Lloyd Wright creation – this four-bedroom house in Two Rivers, Wisconsin was once chosen as a Life magazine ‘Dream House’.

In 1938, LIFE Magazine in collaboration with the Architectural Forum, invited Wright to participate in an article called “Eight House for Modern Living”.  The magazine commissioned designs for a “Dream House” for four typical American families with incomes ranging from $2000 to $10,000 per year.

Wright originally designed the house for the Blackbourne family, however for a number of reasons they were not able to go ahead with it. In the end the house was built for a Wisconsin businessman, Bernard Schwartz and his family.  Wright felt that his plan recognises the American family for what it is “ a little private club with special privacies, ultra conveniences and style all the while”. 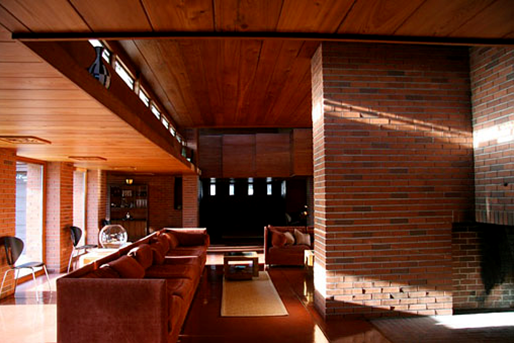 The final plan was modified to accommodate the new site and client.  The original stucco and stone design was change to red brick and red tidewater board and battern. Wright also pushed up the ceiling in the living room making room for an interior balcony overlooking the 65 foot long recreation room.  Wright also designed tables, chairs, hassocks, beds and lamp for the house and a custom couch with built in bookshelves; extensive landscaping plans and numerous other additions including a utility room and boathouse.. 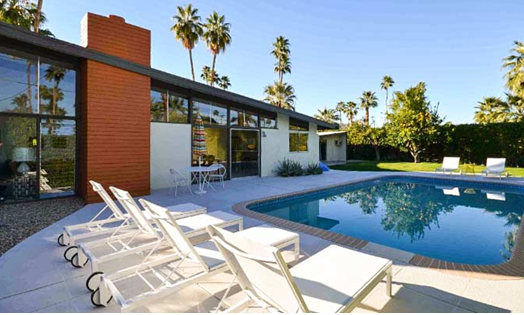 This newly renovated mid-century modern home is Palm Springs at its best. Designed by architects Palmer & Krisel it features a soaring butterfly roofline and mountain views from every bedroom. 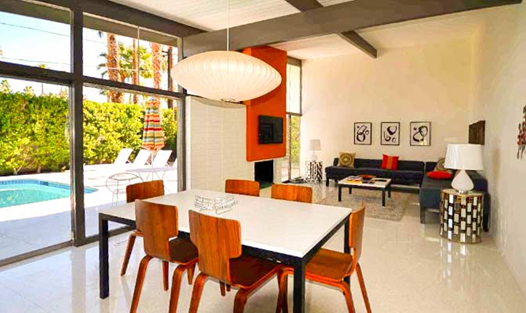 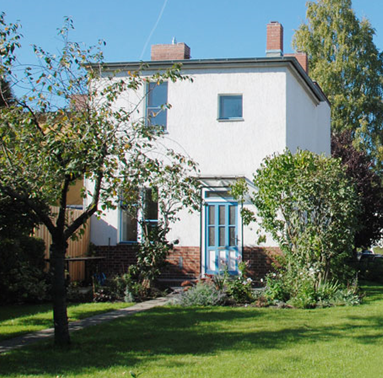 This 1920’s house was designed by prolific German Modernist architect Bruno Taut. It has been carefully furnished In the style of the 1930s and with two double bedrooms can accommodate up to four people. 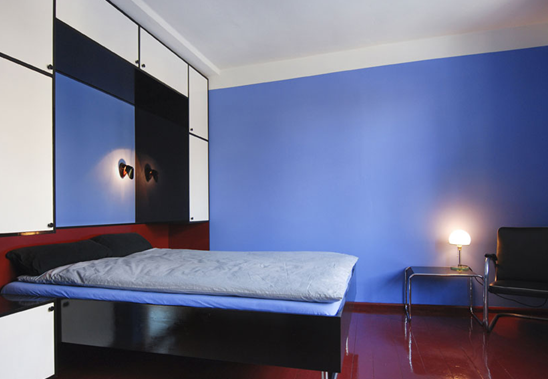