Following a $5 million restoration, The Palisades Hotel in Millers Point, was purchased in 2015  by its current owner, entrepreneur Richard Sapsford. The building had been closed since 2008. 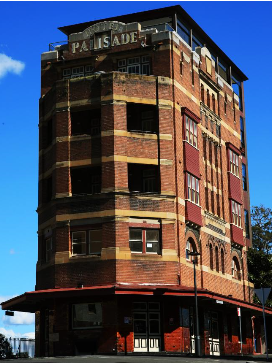 Named after the palisade fence built between Munn Street and Bettington Street, the Hotel has a very colourful past. The original hotel on the site, built around 1880, was frequented by local wharf workers. The current Palisades, built by the Sydney Harbour Trust in 1912, with the architect its chief engineer, Henry D. Walsh, was originally built to lodge visiting British Engineers involved in the construction of the nearby Harbor Bridge. The Hotel accommodated an alehouse intended for the port workers and the local community. It is also said to have been the last stop for many soldiers heading down to the docks to board ships on their way to the great wars.

When it was first built the Hotel was the highest building in Sydney and still has impressive 360 degree views of Sydney Harbour. 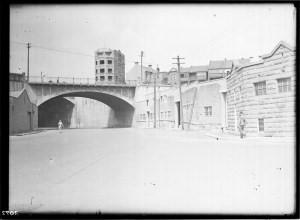 Hotel Palisade re-opened in stages in the latter half of 2015, after a major overhaul which included the addition of an enclosed glass rooftop bar and eatery by architect Alex Popov and the refurbishment of the guest rooms and the ground level pub.

Interior stylist and owner of the Society Inc, Sibella Court, was brought in to design the revamp.  Importantly, Court used as her starting point the history of the building and its surrounds.  She has successfully paid homage to the hotel’s maritime roots, explaining ‘the design is inspired by the small trades of eras passed: the hand tooled, hand smithed and hand tinkered.’ 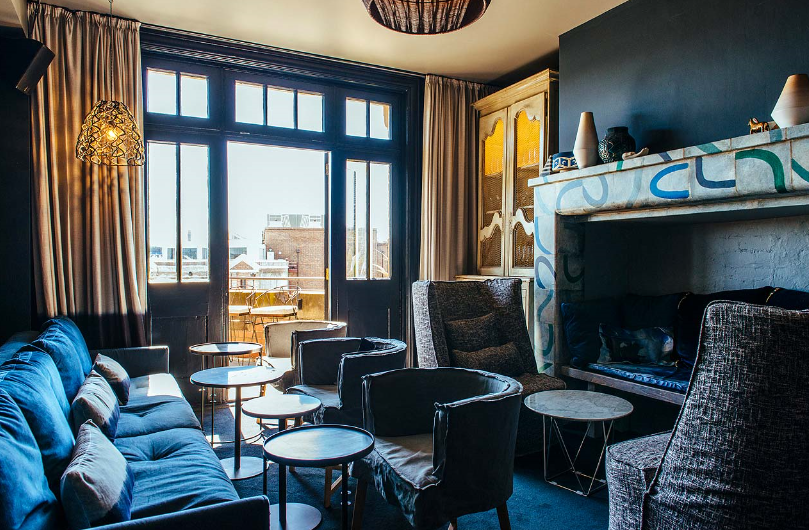 The Hotel consists of eight rooms over two levels, four of which are suites with furnished balconies. She approached the building & its 5 floors as one design project with 3 parts. As she explains “the recent addition of a 5th floor sparked my idea that the design journey would follow the journey of the building, from past to present, with the ground floor bar as the ‘past’ with a nod to the old trades, honest & humble (or not so humble)”. 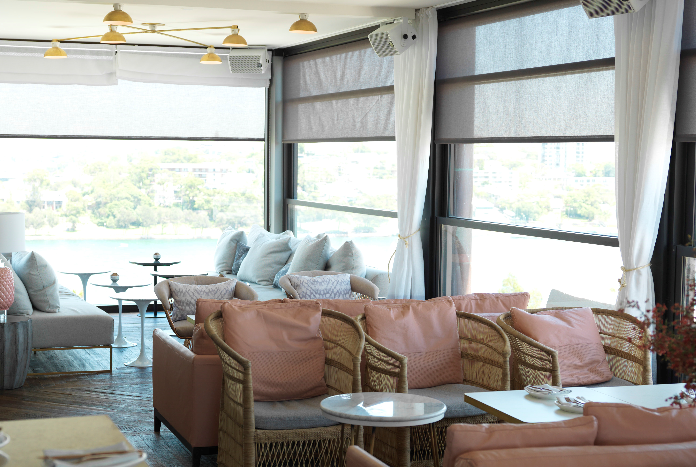 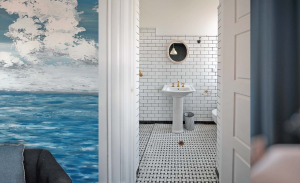 According to Court “Everything I put into the space is handcrafted (bar a couple of chairs): tinkered, smithed, hand-tooled. I choose finishes & materials that patina with age beautifully with tough love: tiles, salvaged woods, leather, steel, zinc, canvas.”

Worth a visit. Hotel Palisades.