Inujima (“dog island”) is a small island off Okayama in the Seto Inland Sea.   In recent years, like nearby Naoshima Island, Inujima has become known as a site for modern art  and serves as a venue for the Setouchi Triennale modern art festival. Due to its small size, the peaceful island can be explored entirely on foot.

Orignally, Inujima flourished as a granite quarry producing granite blocks for castle construction. A copper refinery was constructed on the site in 1909, however, copper prices plummeted within ten years of its opening leading to its premature closure.  Since then it has remained basically untouched for almost 100 years, vacant except for the ruins of abandoned quarries and refinery plants. Designated a “heritage of industrial modernisation” item, the ruins with their exposed brick walls, overgrown power plant and crumbling smokestacks can now be explored by tourists. 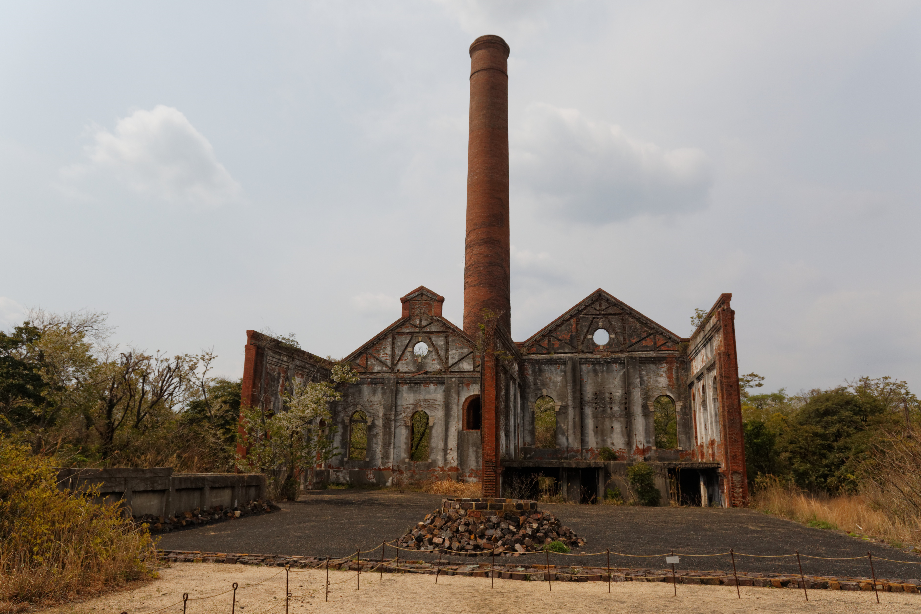 In 2008, the refinery ruins were converted into the Inujima Seirensho Art Museum (“seirensho” is Japanese for “refinery”). After a century of disuse, the property was purchased by the wealthy businessman Soichiro Fukutake, who wanted to rehabilitate the site and build a museum that would have minimal impact on the environment. He commissioned architect Hiroshi Sambuichi to design the new complex and conceptual artist Yukinori Yanagi to design permanent installations in the space. The task for the architect was to create a completely natural, energy-driven, air conditioned place for art that consumes no fossil energy resources whatsoever.

The Inujima Art Project was undertaken as a way to revitalize the area while at the same time raise awareness about the issues surrounding industrialization. The site was slated for use as a medical waste dump, but thanks to Fukutake’s efforts was saved. While much of the actual gallery space is new construction, it was been made using recycled elements from the site. Much of the old refinery, smokestacks, and grounds have been preserved as historic ruins to encapsulate the gallery. 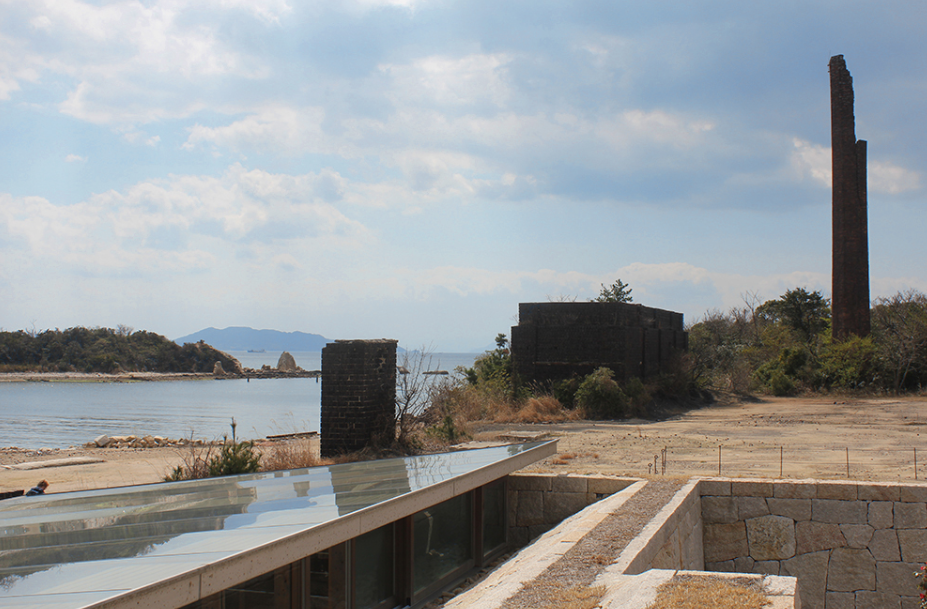 Among the small number of artworks on display are an intriguing tunnel of mirrors and a tribute to the late novelist Mishima Yukio, which consists of pieces of Mishima’s former residence suspended in midair. Yukio Mishima  was concerned with, and sounded warnings over, aspects of Japan’s modernisation. 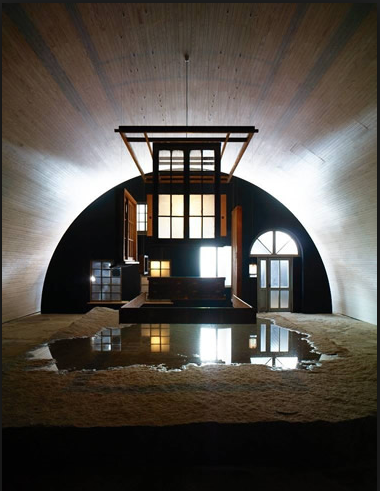 The project made use of the existing smokestacks and karami bricks from the refinery and uses solar, geothermal, and other natural energies to reduce the burden on the environment. The building also employs a sophisticated water purification system that makes use of the power of plants. The project embraces the concept of a recycling-based society as a model for a new type of regional revitalization through industrial heritage, architecture, art, and the environment.

To learn more about the architect’s strategy to be energy-neutral refer here to an article by Elvia Pyburn-Wilk at Netherlands Architecture Institute website.

Admission tickets to the art museum are purchased at  Inujima Ticket Center next to the ferry terminal, a 200 meter walk from the refinery’s gates. While in the past it was necessary to make advance reservations for a guided tour of the site, it is now possible to explore it solo without prior appointment.

The rest of Inujima is occupied by a small rural village, with a population of approximately 100 people. Scattered across the small, peaceful village are the five galleries of the Inujima Art House Project which were built for the art festivals in 2010 and 2013 and have become permanent attractions on the island. They can all be explored in a pleasant 1-2 hour walk through the narrow lanes of the village. 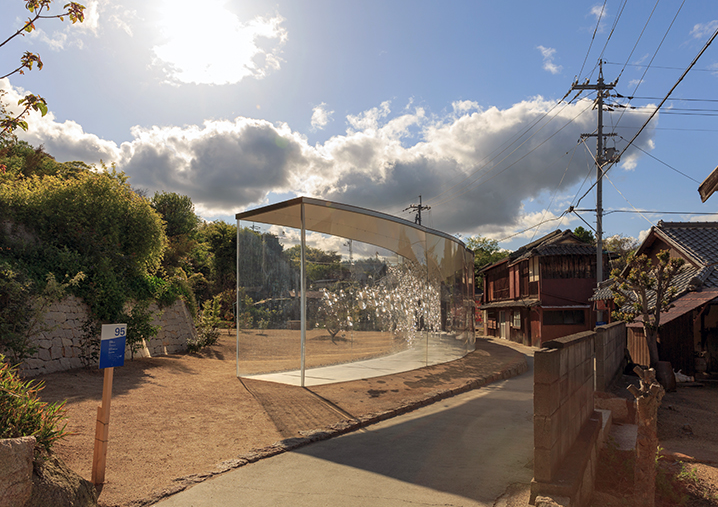 Dining, shopping and lodging options are highly limited on the island. A couple of small restaurants are found in the proximity of the port, including a cafe inside the Inujima Ticket Center. The Seirensho Art Museum also has a cafe on its grounds, but outside of summer it is sometimes closed even when the museum is open. A beach with campground is found on the opposite side of the island, about a ten minute walk from the ferry terminal.

Benesse Art Site Naoshima is the collective name for art activities conducted by Benesse Holdings, Inc. and Fukutake Foundation on the islands of Naoshima, Teshima, and Inujima in the Seto Inland Sea.  Click here to learn more.