Situated in the Forgotten Valley, St Joseph’s guest house is only a ninety minute drive from Sydney.  Built in the late 1830s, the Catholic Church is said to be one of the oldest on the mainland.  Its restoration was the passion of its current owner, builder Steve Kavanagh, who was able to appreciate its potential despite its ruinous state. Over a three year period, the building was painstakingly restored and adapted into a guest house. In 2013, it won best heritage restoration for The National Trust NSW. 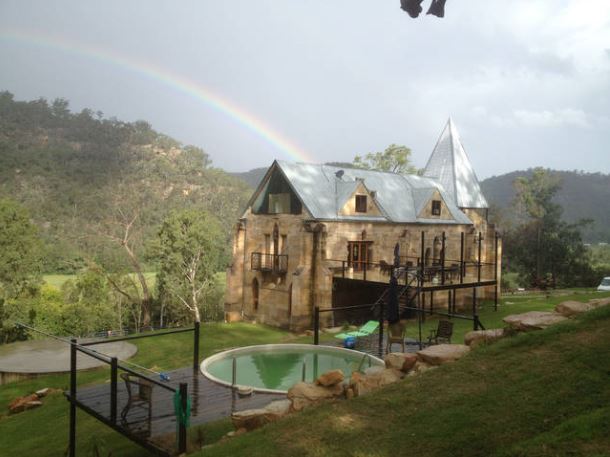 St Josephs Guesthouse was originally built by convicts in the Gothic style as a Catholic Church to serve the growing community of the Macdonald River valley. It was built from locally quarried sandstone with the foundation stone laid in 1839.  At the time it was the largest stone structure outside of the Sydney settlement. The funds, materials and labour were supplied by the growing valley population and the project was led by an architect, a stone mason and a builder. The congregation however did not meet the expectations of the local minister and he left. Two monks came later and modified the church for use as a monastery, but they also left five years later. Not long after a bushfire destroying most of the timber, including the shingle roof. The stonework survived but the heat and subsequent years of rain weakened the mortar.  The walls started to sag and bow. 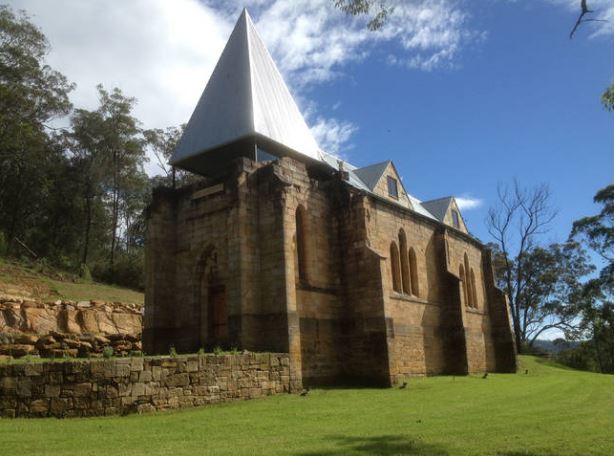 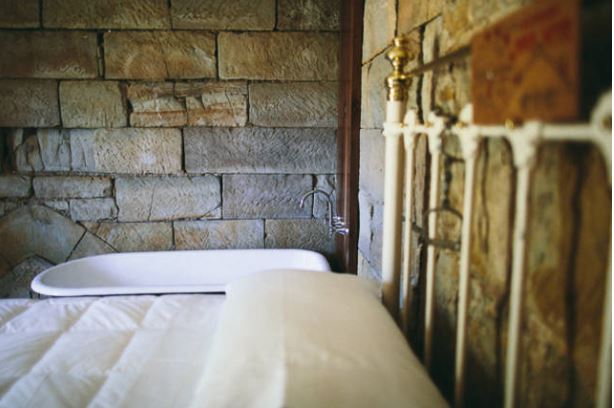 A fifth bedroom has a separate bathroom. There is an indoor entertainment area, expansive enough to include a dance floor and a large outdoor deck for afternoon drinks and barbeque. A quiet upstairs retreat has a bookcase and lounge area. 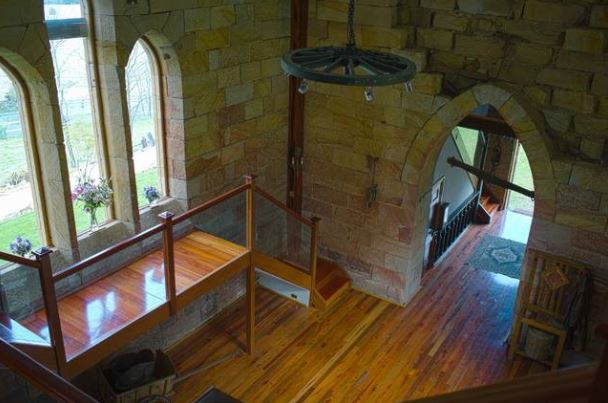 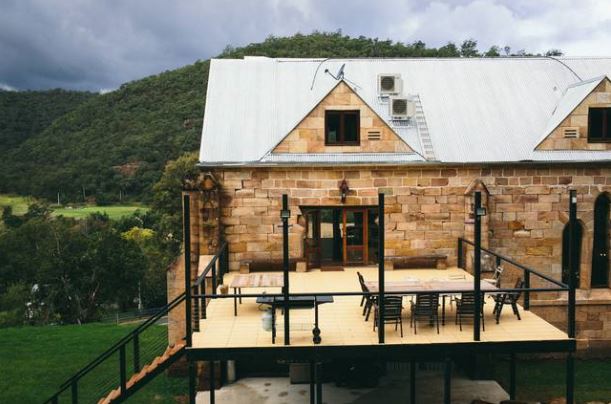 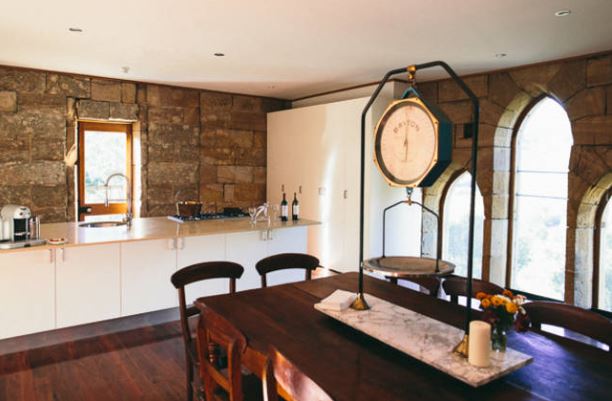 The area’s correct name is Macdonald Valley. It traces its settlement history back to the First Fleet but when faster road-rail access from Sydney to Newcastle was built, the valley became a backwater. The Church itself lay abandoned for over 160 years.  Today the valley is an easy day trip from Sydney. Lush paddocks run alongside the Macdonald River between historic bridges and old buildings, many still in ruins, dot the landscape.  Worth a visit, We think so!  Click here to make a booking.