MHM was fortunate enough to enjoy a trip to Florence last year.  We  recognise that it is somewhat comical to try to isolate one experience for our heritage travel section, but this visit was truly a highlight.

Santa Maria Novella is a church situated just across from the main railway station which shares its name. Chronologically, it is the first great basilica in Florence, and is the city’s principal Dominican church.  In 1221 this church and the surrounding area was assigned to the Dominican monks.  Construction started in 1246 on what was to be the sumptuous headquarters of this powerful Order. Designed by two architect monks, Fra Sisto Fiorentino and Fra Ristoro da Campi, it was completed in 1360 under the direction of Fra Iacopo Talenti, who also designed the Spanish Chapel or chapter house (1350-55), the convent Refectory (1353) and the great pointed belltower in Romanesque-Gothic style (1330). The elaborate façade of inlaid black and white marble is considered a masterpiece: it was started in 1300 and later completed by Leon Battista Alberti in 1470. 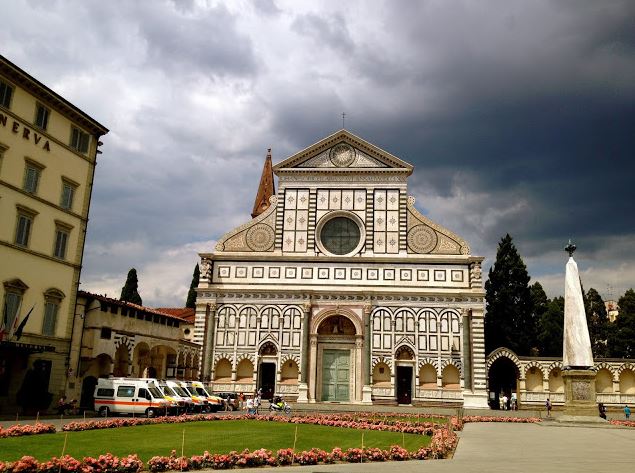 The church, the adjoining cloister, and chapterhouse contain a store of art treasures and funerary monuments. Especially famous are frescoes by masters of Gothic and early Renaissance.  They were financed through the generosity of the most important Florentine families, who ensured themselves of funerary chapels on consecrated ground.

The farmacia is literally a restored pharmacy, one of the world’s oldest, dating from 1221.  It was founded by Dominican friars who cultivated medicinal herbs in their gardens and used them to prepare balms, ointments and pomades for their monastery’s infirmary. The former Dominican laboratory is still open but now operates as a perfume shop. 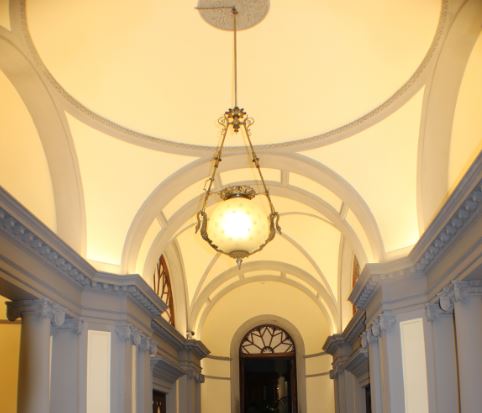 In 1612 Fra Angiolo Marchissi opened the pharmacy to the public and shortly after the Granduke of Tuscany bestowed upon it the title of His Royal Highness’ Foundry (Fonderia di Sua Altezza Reale). The main sales room, Sala Vendita, was originally one of the monastery’s main chapels until renovations in 1848. 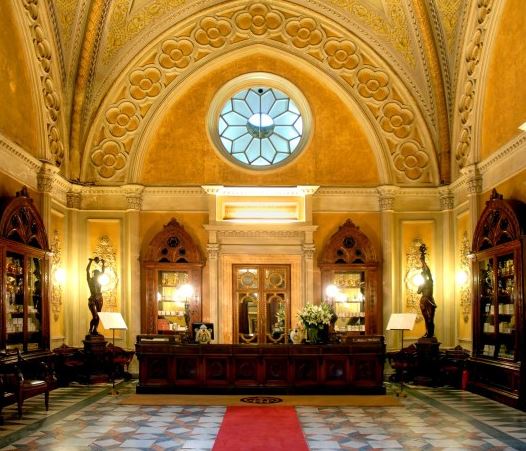 Santa Maria Novella still follows 800 year old recipes from the same plants that have been cultivated in the same gardens.  its 17th-century cabinets hold a mix of balms, tinctures, liqueurs, teas, infusions, and powders, including “Skin Whitening Powder” and “Virgin’s Milk Skin Cream.”.  While clearly tourists are their target market, what we really love is the lack of marketing and strong emphasis on quality. 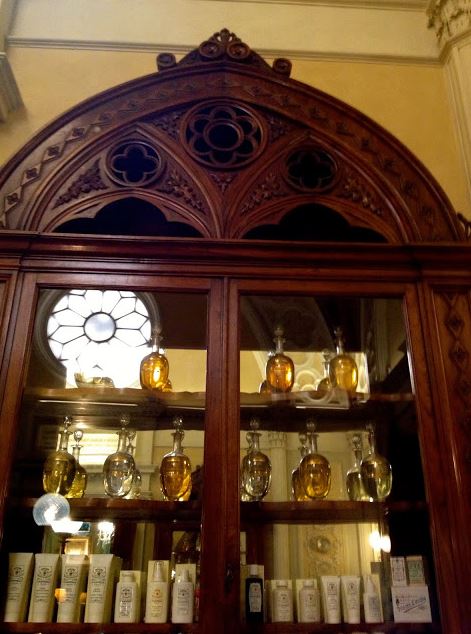 The apothecary’s fame spread beyond the borders of Italy when the special fragrance created for Catherine de Medici was introduced to the Paris royal court upon her ascension as Queen of France. This “Acqua della Regina” is still sold today. Although production has since moved to a modern facility a few kilometers from the original location in Via della Scala, the company has not altered its artisanal techniques. Every product is still wrapped and assembled by hand, and the soaps are matured in a special ventilated cabinet, not unlike wine. Raw materials imported from other countries must meet Santa Maria Novella’s standards of being pesticide and anti-oxidant free, which are said to give the perfumes a complexity as they age, deepening in color and scent. 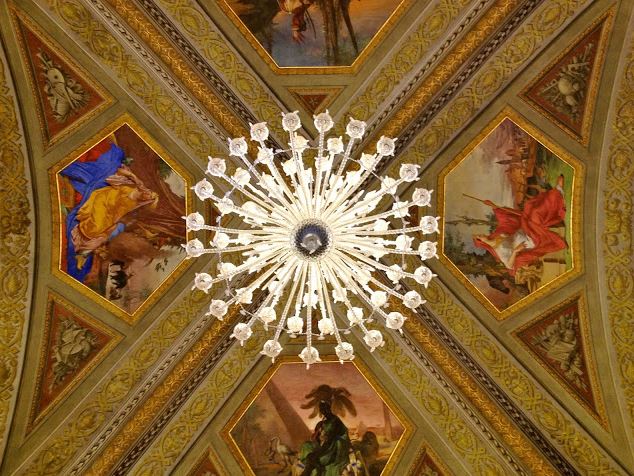 The pharmacy also organizes guided tours but reservations are necessary.  Click here to make a booking.