The Old Clare Hotel located in Chippendale Sydney comprises two restored heritage-listed buildings: the Clare Hotel – a lovely old Art Deco pub – and the Carlton & United Breweries former administration building. According to Sydney Living Museums the former was built between 1939-1941 by Sidney Warden and the Administration building between 1910 and 1930 by Spain & Cosh Architects & Robertson and Marks Architects. They have been combined into the one structure to create a boutique hotel, the newest in a worldwide group of ‘Unlisted Collection’ hotels owned by Singaporean Loh Lik Peng. 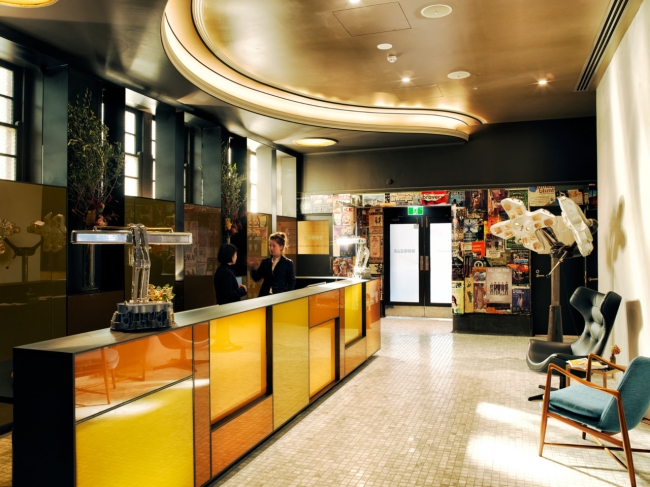 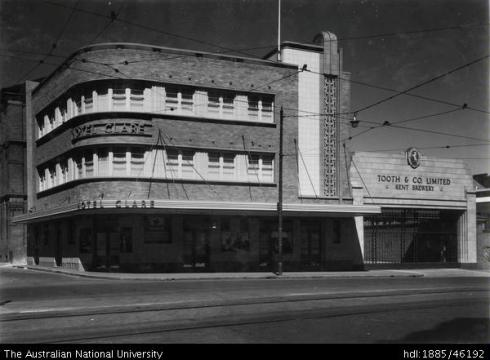 The Old Clare Hotel was transformed in 2015 by Tonkin Zulaikha Greer (TGR) best known for their resurrection of Carriageworks at Eveleigh, Paddington Reservoir Gardens, and the Eternity Playhouse in Darlinghurst.  The hotel forms a centrepiece in the Kensington Street Precinct and $2 billion Central Park redevelopment.

Existing buildings have been connected by a new glazed glass cube, with the unified site housing 62 hotel rooms and suites, a rooftop pool, day spa, meeting rooms and three restaurants. Each room makes the most of the heritage spaces with high ceilings, original windows, timber paneling and exposed original walls, creating what has been described as a semi-industrial aesthetic. These are complemented by vintage designer furnishings, custom-made fabrics and contemporary bathrooms. PSLAB pendant lights, vintage furniture, and cushions inspired by Australian fauna and flora by Eloise Rapp sit alongside desk lamps made from transformed vintage machinery by Paul Firbank.

Describing their approach, TZG design director Tim Greer said, ‘It’s unpredictable, with a bit of magic and a twist of fantasy. When you walk around, you will get a sense that the building is dressing and undressing itself all at once. The building plays games with what a hotel should be; some parts are exquisite and other parts are raw’. 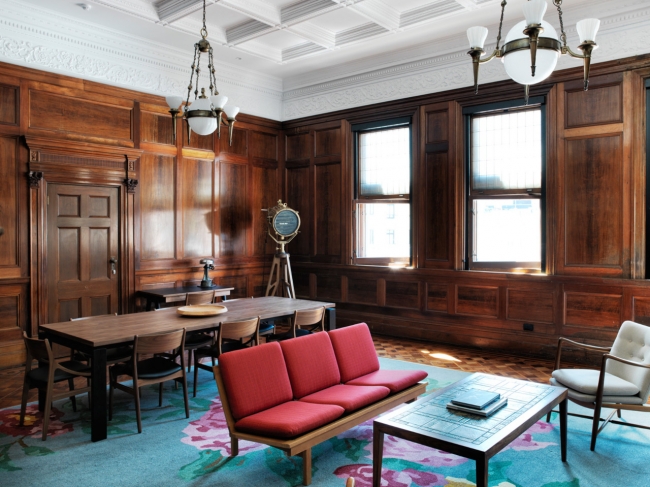 Loh has talked openly about the difficulties he has had converting The Old Clare, especially in dealing with planning authorities and local councils. He has encountered many obstacles over the years on his mission to take rundown pieces of urban heritage and convert them into fabulous properties. But apparently, Sydney has outdone anything the civil servants of Shanghai, Singapore or London could throw at him. 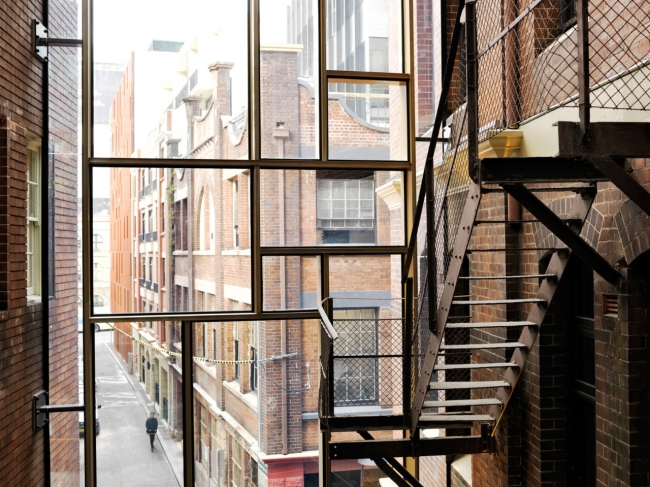 Despite his obvious frustrations, he has clearly embraced the buildings’ and insisted that the construction remain sympatheric. The pub’s windows could have been replaced but Loh insisted on restoring them in situ. At substantial cost he installed solid spotted gum floors, and insisted on using a natural palette to showcase the natural Australian materials he has employed throughout the hotel. 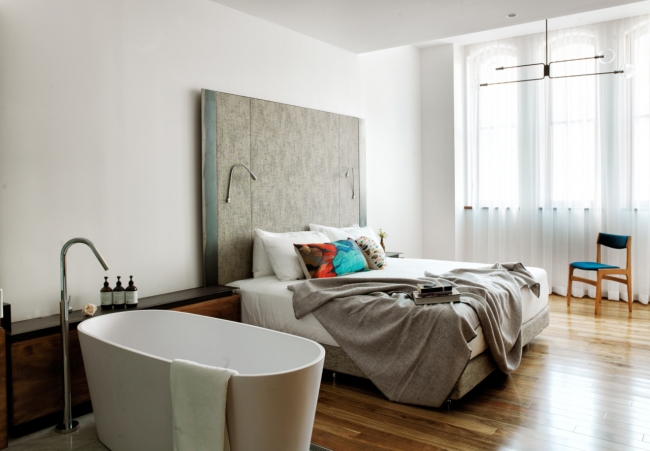 Despite the costs and the planning friction, Loh has said that he is keen on doing more hotels and restaurants in Sydney and Melbourne. Sounds like a good result to us! 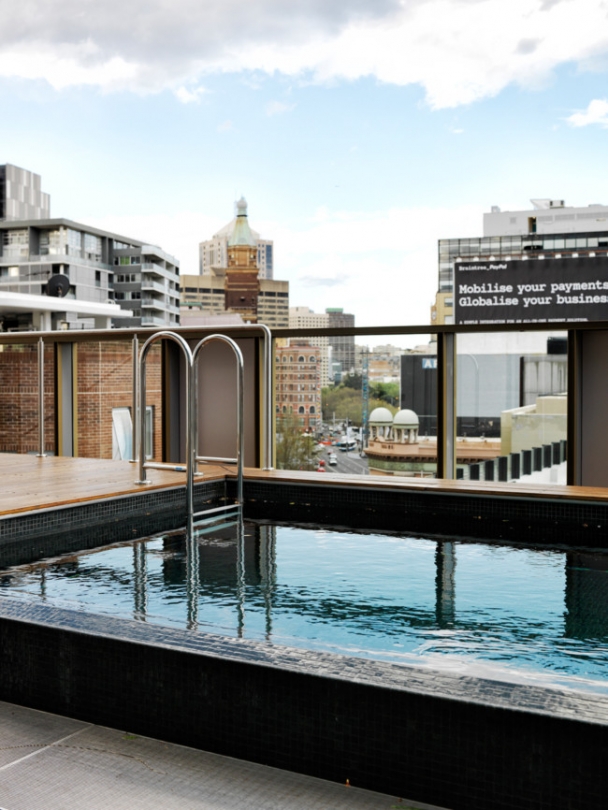