Architects Welsh + Major describe this design quite simply as “a house with tiles on it”.  Their brief from their client was to reinvigorate this 1920s Haberfield house for a family of four, re-instating the dignity of the original home and re-connecting it with new garden spaces.  Their response was to add a single-storey pavilion and adjusting the sloped side gardens into a series of winter and summer spaces that can be accessed from a number of rooms. The house is located in a heritage conservation area. 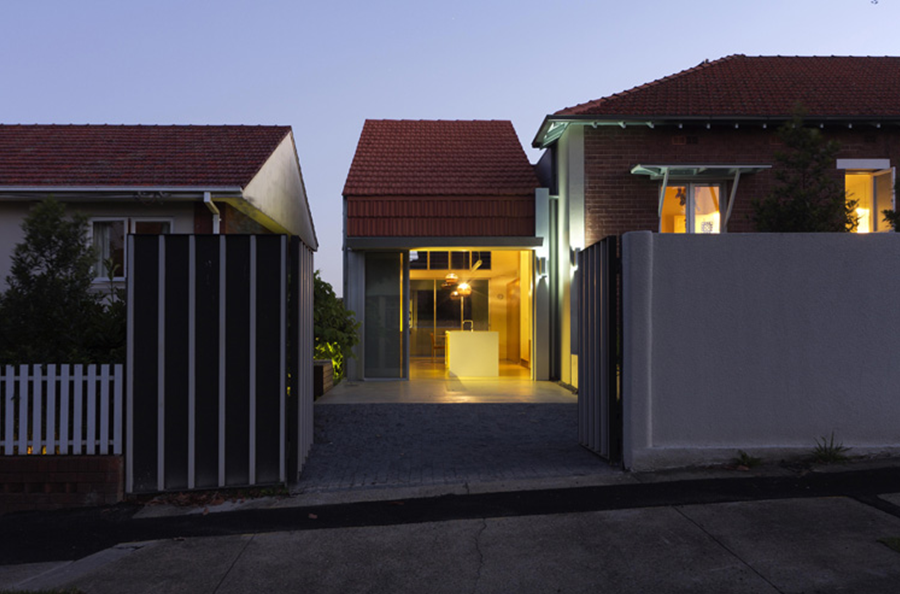 The existing house was typical of many federation houses, a freestanding bungalow that has been added to sometime in the sixties or seventies. The original house had been further closed in on with the block being subdivided sometime in the 1950’s.  Haberfield, located 9km west of Sydney CBD, was established as a “model city” in 1901 and is characterised by its character homes, many from the Victorian and Federation era, good sized blocks and well established parks and gardens. Haberfield was the first Sydney suburb to be recognised as a Heritage Conservation Area and a strict Development Control Plan accompanies this heritage status. Building, renovation and extension restrictions, which can be onerous and off-putting for potential buyers, include bans on demolition, requirements for uniform street setbacks, controls on picket or wire fencing and height limits. 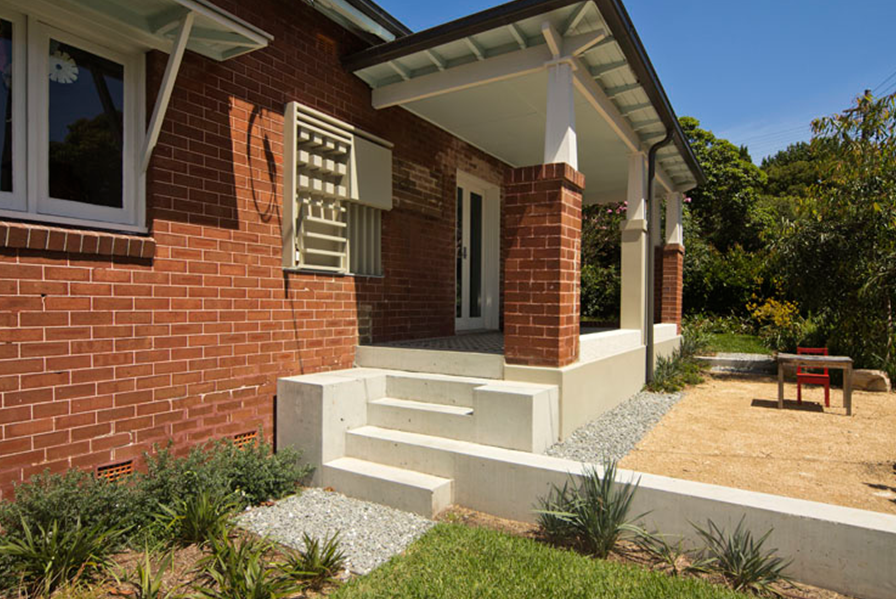 David Welsh explains that “Often in heritage areas you see facades retained and restored while out of sight around the back the architect is afforded more free reign. However, (the fact it’s on a) corner site added the challenge that any rear extension would be seen from the side.”  Welsh also makes the point that the trend towards opening up the back for open plan living doesn’t work for everyone, “most of the year you need that [area] to be flexible and have a choice of spaces you can adapt to temperatures and uses instead. It’s not always the case with open plan: it gets cold and it gets stinking hot and you want somewhere to retreat to. It’s more about the balance of spaces than having one big hole out the back.”

Their solution was an extension wrapped in terracotta roof tiles that marries well with the heritage street-scape, while retaining a contemporary look.  The plan is that over time, the tiles on the new pavilion will weather and accumulate lichen, and will blend with the overall look of the street.  They also updated the veranda with new tessellated tiles and bespoke zinc light fittings.

An unsympathetic 1960’s, poorly connected to the house, was demolished, allowing improved access from the hallway into the new addition, which contains the kitchen, dining and living areas, and considerable storage. The new space is crucial for the family; they explain “we do everything there. The light and the way it embraces the garden have made a huge difference to the whole space.”  The kitchen opens at each end onto the garden, via bi-fold doors 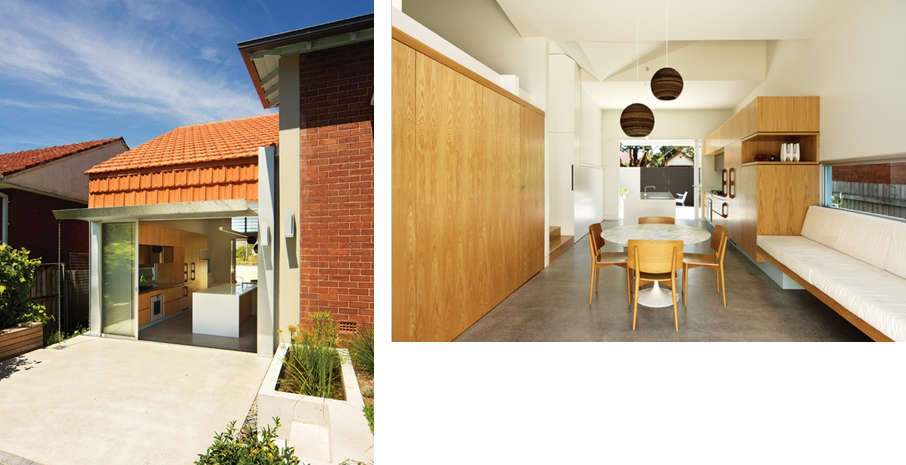 “When you enter from the front door and look down the hall, the folded planes and light at the end of the tunnel signal that there’s something new ahead,” says David. “Rather than make a seamless transition between old and new we decided to create a more dynamic connection where the two butt together.”

As the original house was in good condition, interventions to it were kept to a minimum. New durable tallow-wood floorboards tie in with the oak veneer finishes. Welsh and Major has changed the functions of the front rooms: the former main bedroom has become the lounge room, and the former lounge/dining area is now the main bedroom, which has a discreet “timber box” en suite that stops short of the ceiling, retains the generous proportions of the main bedroom and leaves space for walk-in robes.   New material includes exposed concrete, veneers from certified slow-growth forest timbers and light fixtures fashioned from Zincalume steel .