This example is a little different as it is not a restoration of an old home, it is a new build behind the wall of a former Victorian box factory.  We are impressed by its original design, contemporary while retaining an industrial feel in memory of the original structure. The site was originally part of the garden of an early Victorian end of terrace house in Hackney London. It was first built on in the 1880s, to provide Mr Alfred Chinn (the then resident of the end terrace house) with space for his box factory, making wooden boxes for perfumes and jewellery. 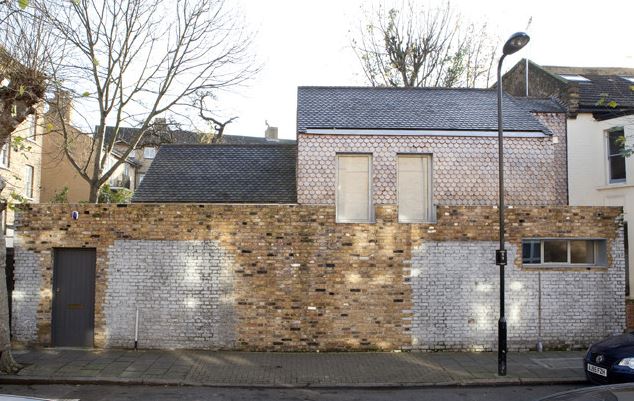 This small, one-bedroom house, apparently nicknamed the Gingerbread House by neighbours, was designed by and for architect Laura Dewe Matthews in 2012.  When she purchased the house in 2008 after discovering the history of the site she talks of how she was drawn to assemble “another box inside the original envelope of the factory”. It has been built using a cross-laminated timber super structure, placed inside the existing perimeter brickwork walls and rising up out of them. The timber structure has been left exposed internally. 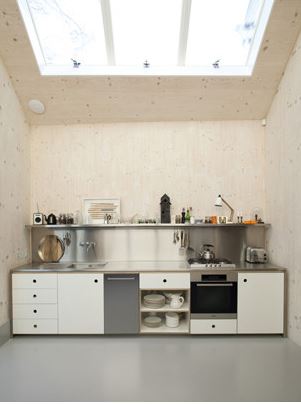 Externally the palette of materials is limited to the original brickwork, round ‘ancy-butt’ western red cedar shingles and galvanised steel flashings, window frames and window reveals. The rounded shingles create timber scales across the walls. The architect drew inspiration from decorative vernacular architecture in Russia to design the cedar-shingle facade, then added windows framed by thick galvanised steel surrounds.

Drewe states that she was keen that “the cladding somehow softened the sharp silhouette of the overall, stylised building form”.  Her intention was to create a contemporary design that could not be perceived as severe or alienating. 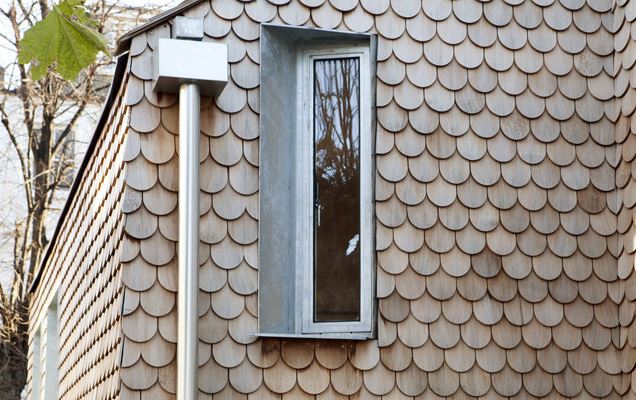 To avoid overlooking neighbouring houses, all windows had to be placed on the north-facing street elevation, so Dewe Mathews also added a large skylight to bring in natural light from above. 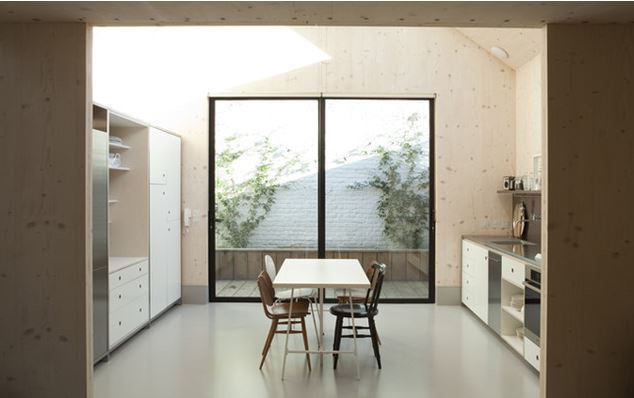 A double-height kitchen and dining room sits below this skylight on one side of the house and opens out to a small patio. The adjoining two-storey structure contains a living room on the ground floor, plus a bedroom, bathroom and small study upstairs.  The walls and ceilings are lined with timber panels, while a resin floor runs throughout the house.

The building was the winner of the AJ Small Projects Awards in 2013.