The extensive renovation of this modernist home remains sympathetic to the original design with much of the existing façade remaining unchanged, and only small increase to the building footprint. Hemlock diamond clad joinery adds bold texture and warmth to a refined and playful material palette. The addition of a below ground cellar and swimming pool were a challenge on this steep allotment with difficult access. 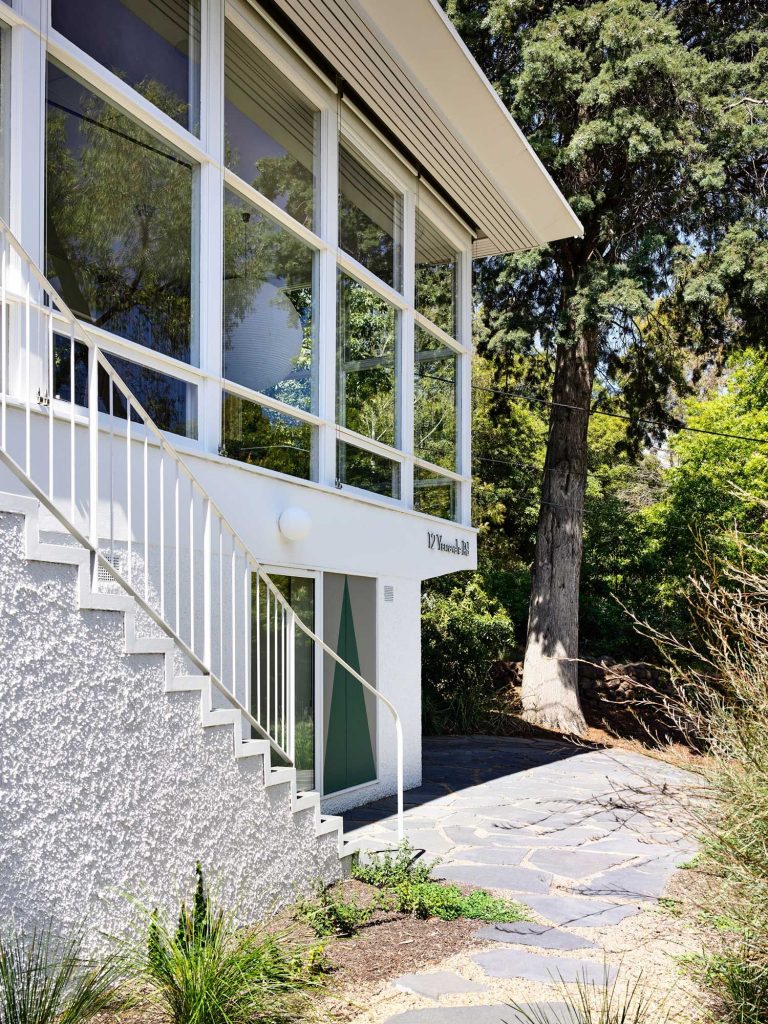 The original house was designed by prolific Russian-born Australian Anatol Kagan in 1956, a Jewish architect who left Berlin for Melbourne during a time of political and social turmoil ahead of WWII in 1939. Kagan established a successful architectural practice, becoming best known for his designs of large and luxurious residences, particularly in Melbourne’s inner-eastern suburbs of Kew, Balwyn and Toorak. His clientele chiefly consisted of wealthy, self-made émigré businessmen who had also fled Europe in the 1930s and 1940s to seek a new life in Australia.

The owners have a deep respect for their modernist home.  Luckily they engaged, Kennedy Nolan (secretly our absolute favourites)  as their architects to undertake a fairly extensive renovation. The final design retained much of the existing façade unchanged and added only a small increase to the building footprint. They have added a below ground wine cellar and swimming pool, a challenge given the steep allotment with difficult access. 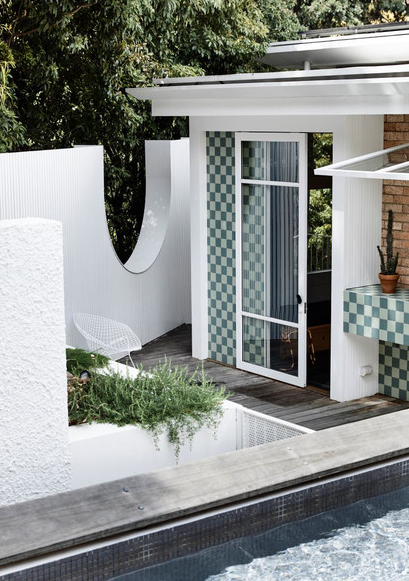 Kennedy Nolan describe their approach as involving a number of important stages:

The clients required additional accommodation which they found in the basement level to ensure the limited impact on building fabric.

Kenney Nolan’s expertise is apparent in the way they develop a visual relationship between original elements and new work with a clear contemporary interpretation. Playing with colours, materials and detailing they create sympathetic additions which are respectful of the austere aesthetic of the original building. An example is the hemlock diamond clad joinery. Where possible original elements, such as the study shelving were retained and restored.

At all times respecting modernist ideals, Small changes were made in existing structural openings to improve visual and physical connections.  The front terrace was expanded to create a more functional space in lieu of the original decorative balcony and connections to the ground level were expanded and improved. 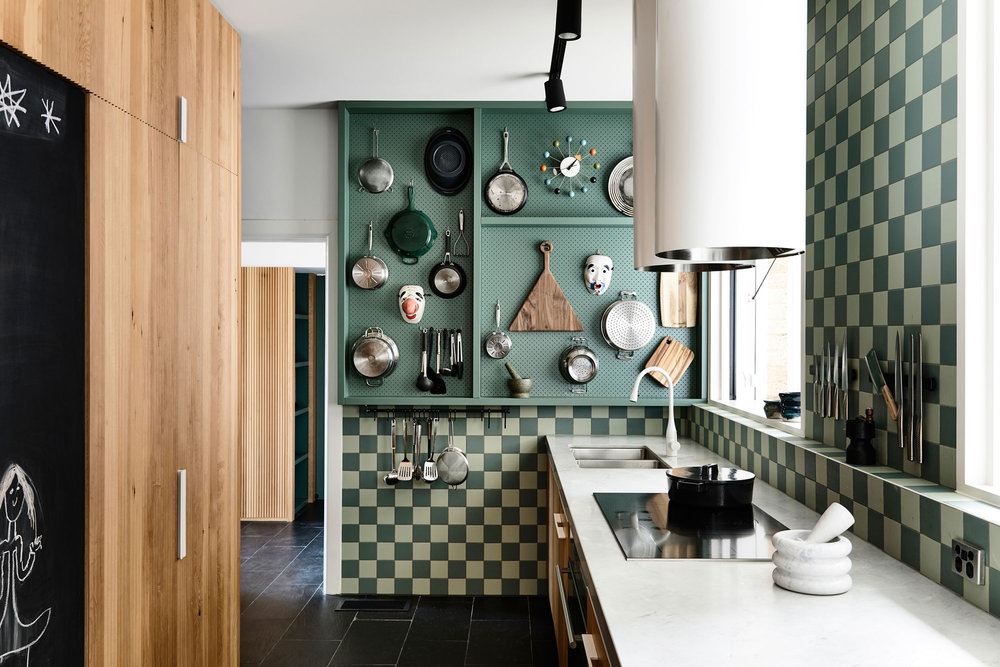 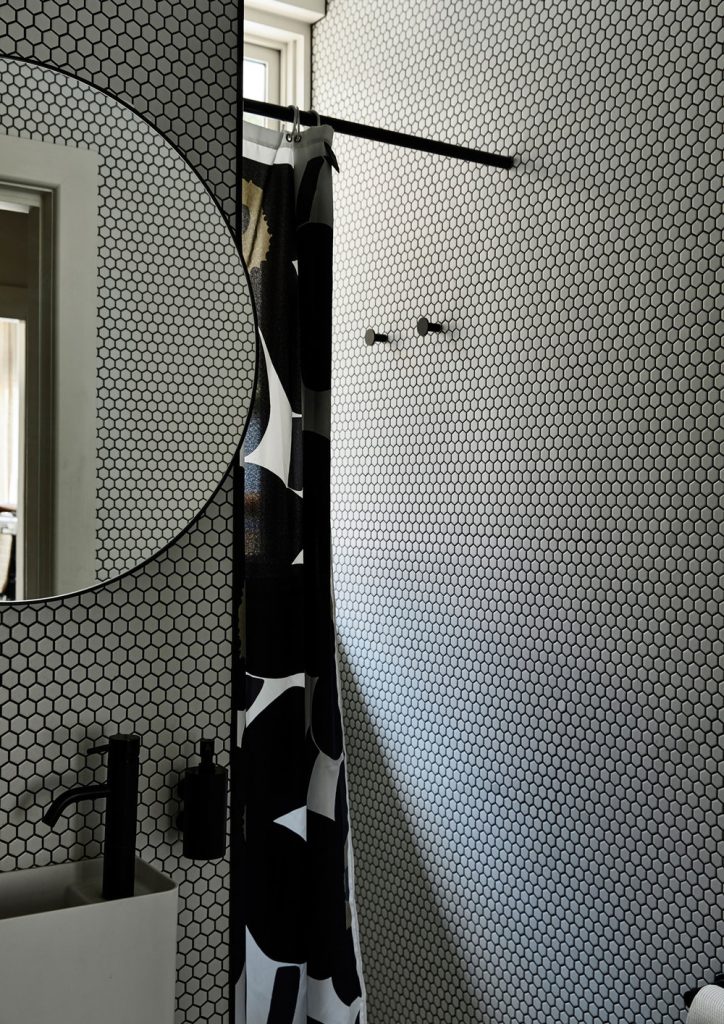 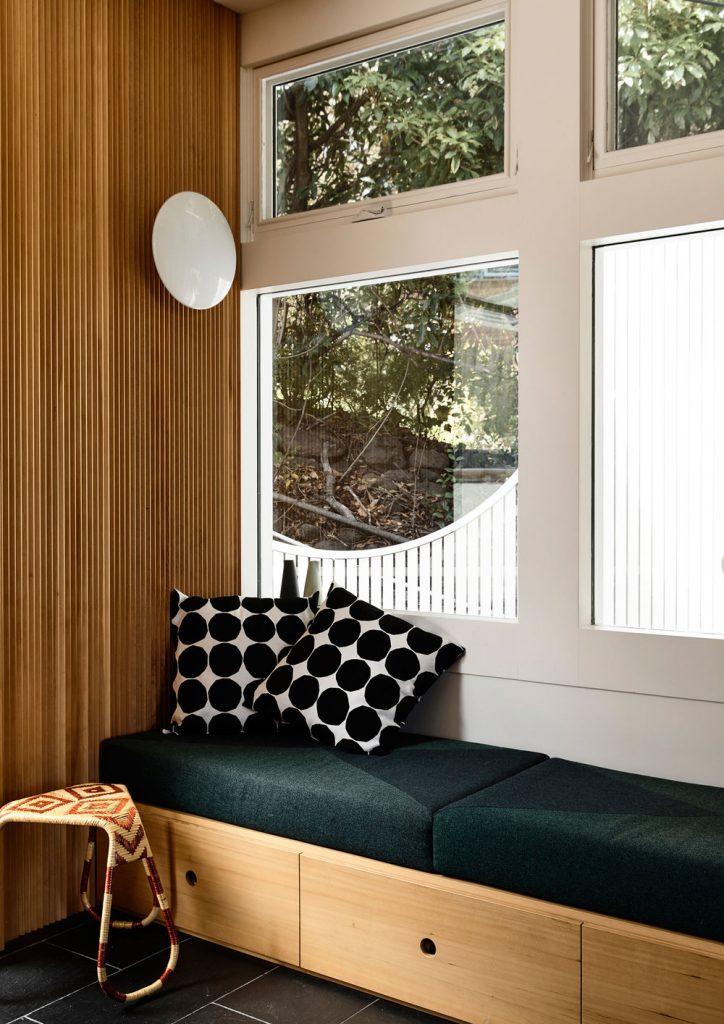 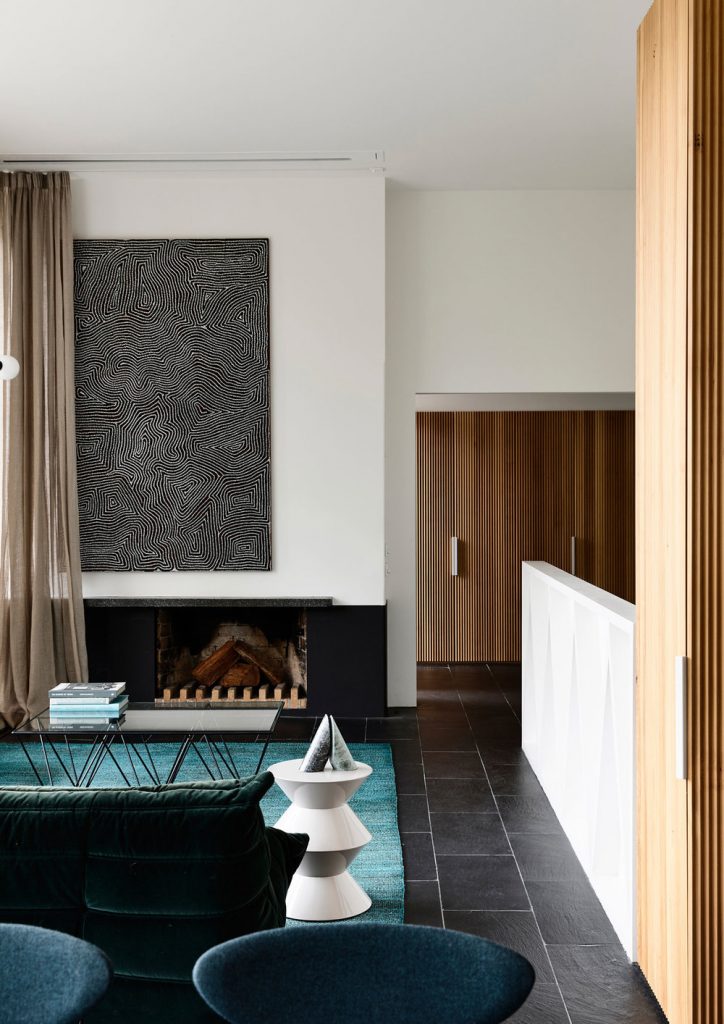 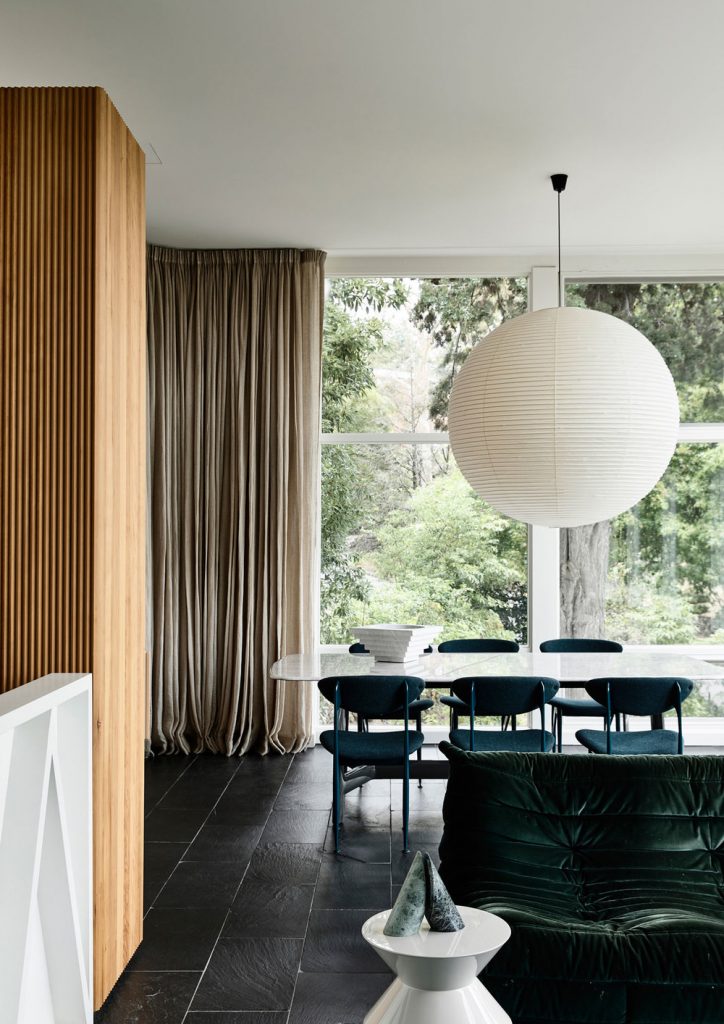 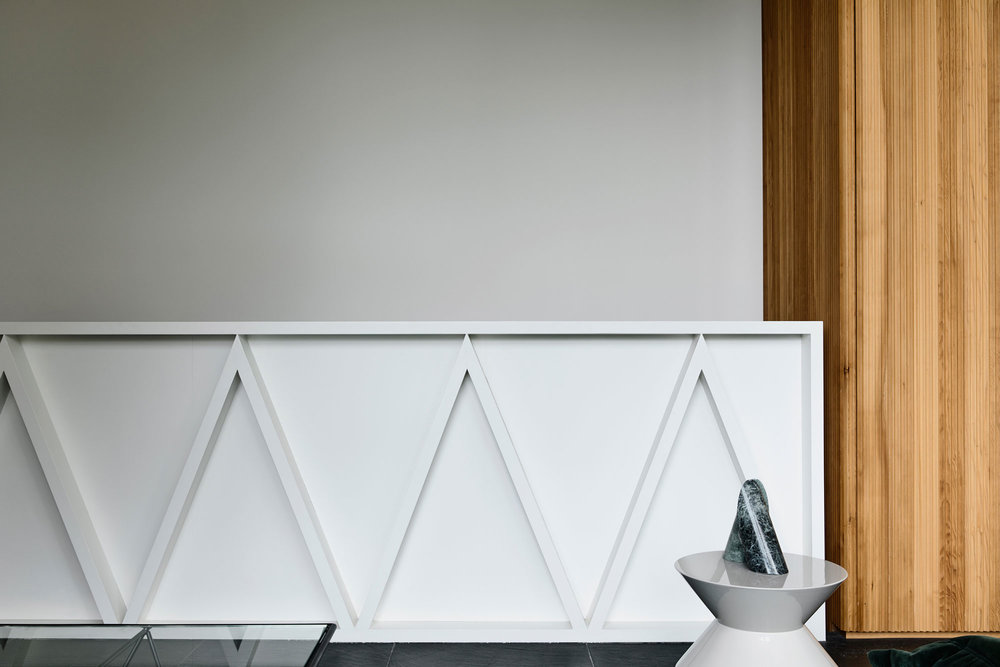 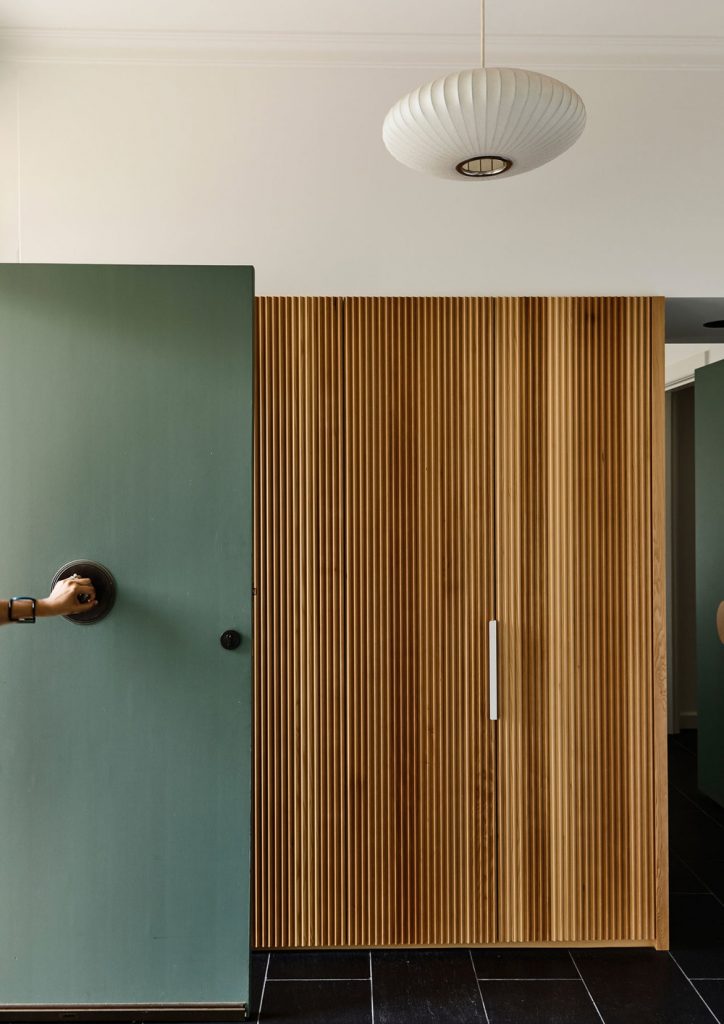 Much can be learnt from this respectful approach.